Todd Brassner, 67, who was in the apartment, was taken to a hospital and died a short time later, the New York Police Department said. An investigation is underway.

Four firefighters also were injured as they battled the blaze on the 50th floor, including two who were burned. Their injuries are not life-threatening, according to New York City Fire Department officials.

The fire started in a large apartment on the 50th floor, and when firefighters responded about 5:30 p.m. ET, the entire unit was engulfed, said Daniel Nigro, commissioner of the New York City Fire Department.

“Members pushed in heroically. They were knocking down the fire and found one occupant of the apartment,” he said, adding crews had a hard time battling the fire because it was up 50 stories and in a large unit.

About 200 firefighters and emergency medical services officials were called to the scene, Nigro said.

New York City did not mandate sprinklers in every unit and common hallways of new residential buildings until March 1999 when then-Mayor Rudy Giulini signed council legislation. That was well after the opening of Trump Tower in February 1983.

The upper floors of Trump Tower, which have 263 apartments, do not have sprinklers, Nigro told Spectrum News NY1, the 24-hour cable-TV news channel that serves New York’s five boroughs. 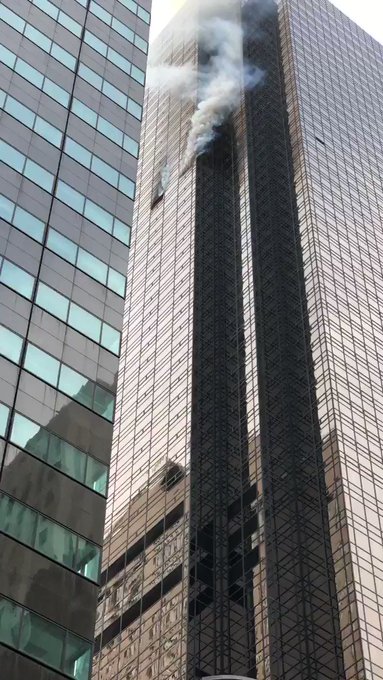 Before moving to the White House, the tower that President Trump developed was his main home. He and his family own an apartment, which Forbes estimated as being more than 10,000 square feet and spans three floors.

Trump’s penthouse is on floors labeled 66 through 68, meaning the fire occurred more than 10 levels below Trump’s home. The tower really has 58 floors.

While in the building, crews checked on Trump’s home, which was unharmed, Nigro said. Smoke had spread throughout much of the building but it was unclear if any seeped into Trump’s penthouse.

No members of the first family were in the building during the incident, he said.

Onlookers outside Trump Tower took photos and video of the blaze as it grew, flames and smoke billowing from several high-rise windows. Some footage showed debris falling hundreds of feet to the street.

The president tweeted about the blaze, commending the firefighters who responded. He said the fire had been extinguished but fire officials remained at the scene for several hours due to the heavy smoke.

“Fire at Trump Tower is out,” he wrote. “Very confined (well built building). Firemen (and women) did a great job. THANK YOU!”

The first 19 floors of the building are commercial businesses, according to The New York Times. Much of the rest of the building is used as homes, but the high prices mean that celebrities and the city’s elite are the ones who can afford to live there.

The tower has a history of attracting some high-profile tenants, including Michael Jackson, Johnny Carson and Bruce Willis. Paul Manafort, Trump’s former campaign manager who is facing charges in the special prosecutor’s probe, is one apartment owner.

Eric Trump, one of the president’s sons who also helps head The Trump Organization with headquarters in the tower, tweeted out his thanks to firefighters who tamed the fire. 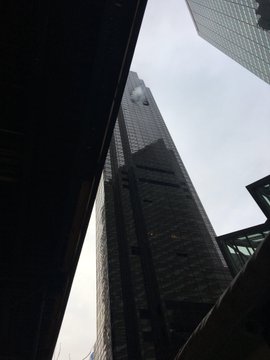 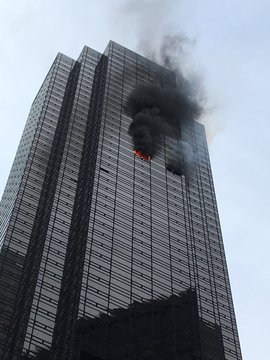 “Thank you to the amazing men and women of the NYFD who extinguished a fire in a residential apartment at @TrumpTower,” Eric Trump posted on Twitter. “The @FDNY and @NYPD are truly some of the most incredible people anywhere!”

In January, another fire at Trump Tower injured three people, two civilians and a firefighter. It started in the building’s rooftop heating and air conditioning system and left smoke billowing from the roof.

All the injuries then were not life threatening.